Arriving by car to Casablanca requires the patience for traffic commuting of business in working days. The visitor knows from the first moment why it is the economic capital of the country. Emily was afraid of this traffic to arrive at her meeting in the rush hour. Therefore, she took enough time to prevent unexpected issues and finally she reached it on time. She was quite familiar to the itinerary by car as she had been several times in the city before. While crossing the tram lines, she regreted not to have taken a taxi. She took it only when it was agreed by the hotel, as she has no time to wait until someone is free. Instead, next time she will contact a tourism service transport. They have cars and serious drivers who will deliver her anywhere without annoying for anything.

After the meeting, she decided to lunch in a modern restaurant that seemed to be almost in Europe. It was like a relaxing rest for a person that was living for a while in other areas of Morocco. Sometimes, during his trip, the visitor needs to come back to something remembering home, either is food or only a view, in a break in his inmersion to another culture. Casablanca offers this. In fact, when moving through the city, she noticed from the begining that the looklike of its habitants was the most similar to her culture dressing code.

At the hotel again, after giving the keys of the car to the guys in the entrance that already knew her, she entered in the hall. As every evening, the pianist of the hotel was there, acompanying those who did the check-in. And those who were in the tables around him, in later business meetings or just relaxing before dinner after a long tourist journey. That day he was playing the most famous song related to Casablanca. Although the man wasn’t Sam, people seemed being transported to the scenes of the film with Ingrid Bergman, even if it was inspired in the northen Tangier. So was her, while waiting the lift. She tried to register the moment with the mobile.

She was lucky. The hotel was full, so they asigned her the suite just one floor below the skybar where landscape was wonderful. She went quickly to the balcony when entering in the room. There it was. The big mosque of Hassan II, magnificent, like a jewel placed above the sea, just in front of her, the city of Casablanca between them. “It’s so beautiful…Tomorrow I will go to visit it.” She decided. 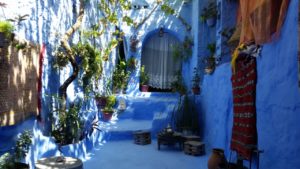 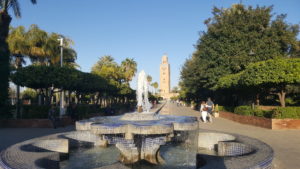 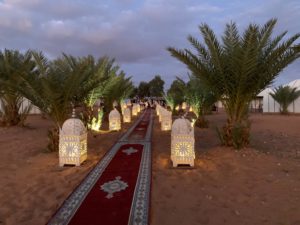 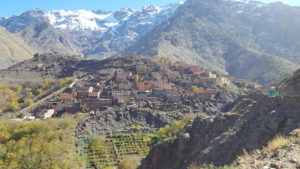 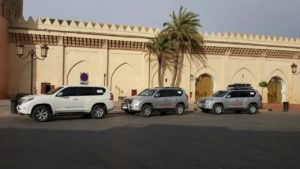